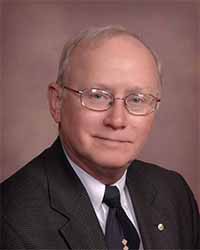 John Feather, Jr. was born and raised in Lebanon County, PA. He is a 1964 graduate of Lebanon High School. He earned a Bachelor of Science degree from Penn State University in 1968 and his Juris Doctor degree from Dickinson School of Law in 1972. Mr. Feather is admitted to practice before the Supreme Court of Pennsylvania, the U.S. Eastern and Middle District Courts, the U.S. 3rd Circuit Court of Appeals, and since 1981 the United States Supreme Court.

Mr. Feather's legal career began in 1972 when he joined his uncle, Philip H. Feather, in the practice of law in Annville, PA. Since 1991, he has served the County of Lebanon as the Dependent Child Review Officer. This has required him to review all cases involving children in placement. During his career, Mr. Feather has served Lebanon County as an Assistant Public Defender and First Assistant District Attorney. He provided free legal assistance to low income Lebanon County residents as Managing Attorney and later General Counsel to Central Pennsylvania Legal Services (now MidPenn Legal Services). He also served the City of Lebanon as Assistant City Solicitor regarding public safety matters.

His community service includes having served ten years as a member of the Lebanon School Board, including its president. He has been a member of the Lebanon Valley Sertoma Club and a member of the Annville Rotary Club for 12 years, including its president. Mr. Feather has served in numerous capacities with his local church, St. Luke's Episcopal Church, and the Episcopal Diocese of Bethlehem, PA. He was the presiding Judge of the only Ecclesiastical Trial to be held in the Diocese of Bethlehem. Mr. Feather also served as legal counsel to the Lebanon County Sexual Assault Resource and Counseling Center (SARCC) and is currently the Vice President of the Pennsylvania Chautauqua Foundation.